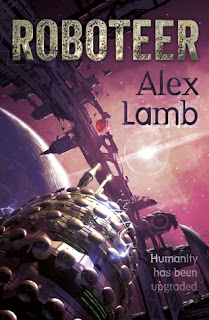 "One species. One universe. Two sides.

The human race has spread to the stars. Those few who live in the wastes of space have been forced to adapt themselves with technology and genetic modification.

For the billion left on Earth, trapped in squalor and gripped by a new religious fervour, those who have tampered with the human form are heretics.

And so the unequal war began,

The Earthers have deployed a devastating new weapon, Only one outworlder ship can be spared to investigate this new threat, And on board, his mind linked to the ship's drones and weaponry, is their brand new Roboteer.

What they find, will change the universe, and the human race, for ever."

Allow me a moment to squee...

I absolutely loved this book. Join roboteer Will Kuno-Monet and the captain and crew of the Ariel on their adventure in outer space and their fight not only for their own survival, but to save the human race.

In outer space are the few who have escaped earth, they have adapted to their new way of life by adapting themselves! With genetic modification and technology they have found  a way to survive.

The characters are all beautifully written, Will makes you love him immediately. Ira is the strong silent type who is loyal to the last. Rachel is kind, caring, and can kick some serious butt! Amy is not only brilliant but also holds the team together when things start to go awry. John is the sarcastic genius. Hugo, I have renamed Hugo the annoying.
On the other side we have the Prophet, who, as any other dictator is only interested in himself, his wealth and his precious ideas. General Gustav Ulanu, who believes that science and knowledge are the values on which we should build our lives upon. Admiral Konrad Tang, with the need to be right and to win at all costs. Disciple Rodriguez a pious, narcissistic, slimy little man with no soul.
And the Transcended, are they guardians or bullies?

Fantastical spaceships, sensational battles, warp speed flight, aliens that step in and not only move the goalpost but change everything anyone thinks they know! A story that makes you wonder what it is that makes us human.

I adored every moment of this book, the writing is exquisite and evocative,  "Above them was a sky full of floating stuff, like clouds from some heavy-metal hell - gunmetal clouds with thorns.".  I can't wait for the sequel. 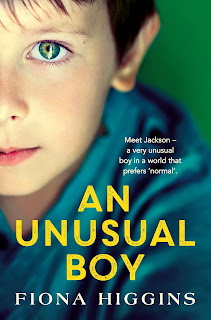 Scoutfinch_75
Hi, I am a busy mum, teaching assistant, school librarian and a bookworm. Portable magic is where you'll find my reviews for books for grown ups An Awfully Big Adventure is for children's books. Book Power is my daughter's book blog Let's Go On An Adventure is my youngest son's blog